Digital MarketingEcommerce6 retail brands who are nailing the app game

6 retail brands who are nailing the app game

Researching how retailers can improve their apps, everyone named a few examples of brands with exceptionally good apps. Amazon, Target and Sephora are three of the best, according to the experts.

I have 80 apps on my iPhone—62, if you don’t count those that came preloaded, like Calculator and Weather. So far today, I’ve used seven of them: Gmail, Spotify, Instagram, Twitter, Pocket, MyFitnessPal and Dunkin Donuts, which I use to pay for my coffee every morning. There are a handful of others I use most days, which makes me just about average, according to App Annie.

Earlier this year, the app market data and insights company found that the typical consumer uses 10 apps per day. For most people, it’s unlikely that many of those 10 are retail apps. Amazon is the category’s sole representative on Apple’s Top Chart. Still, many retailers have their own apps, even if they’re collecting digital dust on people’s phones. Speaking to different people as I explored the state of the retail app, I asked them all, “Which retail brands are doing the best job?”

I was curious which ones came immediately to mind, based on their own professional expertise and experience as users. Each person offered two examples and their answers were interesting enough to merit a whole other article.

I sought out Jim Cusson because he’s president of a retail marketing agency, one with an impressive list of clients and a belief that “the future is still being written.” That Amazon is the most popular retail app is no surprise to him.

“Much like the Amazon website, the app is just absolutely easy to use,” he says. “There’s the reduction of friction around purchases and the personalization, which they’re arguably doing better than anyone.”

Houzz is another one that stands out for Cusson.

“You can type ‘contemporary kitchen’ and like Pinterest, the app feeds you images around that,” he explains. “You can click on a scene and it links through so you can buy this lamp or engage with the designer behind that space.” SundaySky recently released a report entitled, “Retail Personalization in the Age of the Mobile Shopper.” Rachel Eisenhauer and I talked a lot about the main takeaways from the report, namely people’s desires for omnichannel, personalized experiences.

Regarding the former, Eisenhauer loves how seamless it is to start a Fresh Direct order on her office desktop and continue shopping on her smartphone, though she notes its lack personalized recommendations. She can’t say the same about Sephora.

“As soon as I open the Sephora app, it’s like, ‘These are your favorite products that you reorder multiple times a year. Do you need a refill?'” she says. “When you walk into a store, you get a push notification reminding you to use your loyalty card.”

Since everyone has a unique complexion, skin type and face shape, makeup is an inherently personal product. Eisenhauer also likes the way Sephora’s app reflects that. For example, virtual fitting rooms allow consumers to see what different products look like on them. Mausam Bhatt came to RetailMeNot, which aggregates coupon websites, from Flipkart, India’s top ecommerce platform. He lives and breathes mobile commerce for a living, and immediately mentioned Target, one of the only retailers to crack the top 40 in iOS’ Top Charts.

“They’ve integrated everything nicely around the wallet,” he says. “I’m impressed with them going in several different directions, but slowly bringing it together. Not a lot of companies have done that.”

Bhatt also lauds Warby Parker for nailing the transition between on- and offline. Mirroring Eisenhauer’s comments about Sephora, he points out that the app uses face mapping technology to recommend eyeglass frames.

“Things of that nature can make users want to install an app,” he says. “Even though glasses are an infrequent purchase… they’re an important one.” 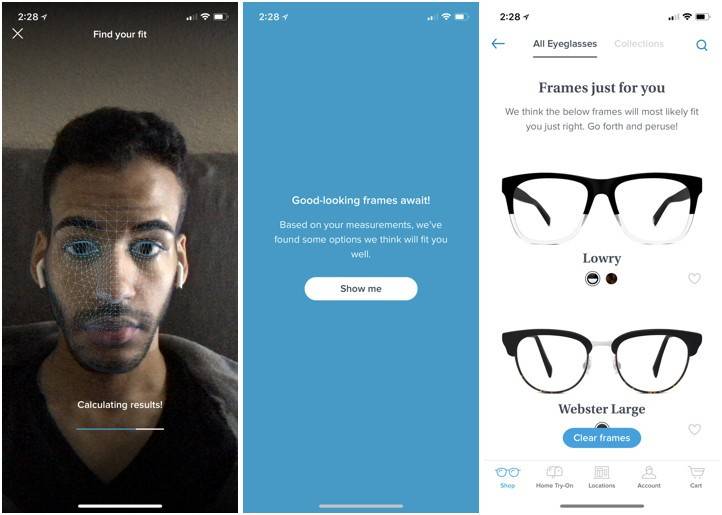