Nearly half of all mobile offerwall users said that if a mobile game suddenly removed its offerwall, they would stop playing after they ran out of virtual currency. Furthermore, 30% said they would continue to play without making an in-app purchase.

Offerwalls are ad units in a mobile app. As adtech firm IronSource explains, it is “like a mini-store in an app, listing multiple ‘offers’ that users can complete in exchange for receiving an in-app reward.”

Users might receive in-app coins, for instance, if they watch a video, fill out a survey or get to a new level in the app. They can select any of the engagements, or choose none at all.

To better explain the benefits of offerwalls, San Francisco-based Tapjoy is out with “The Ultimate Offerwall Guide” [free, registration required].

According to the Guide, 45 percent of offerwall users would stop playing a mobile game if the offerwall were removed and they ran out of mobile currency. Thirty percent said they would continue playing, but without making an in-app purchase (IAP). The Guide says that, in general, 13.4 percent of users complete IAPs. 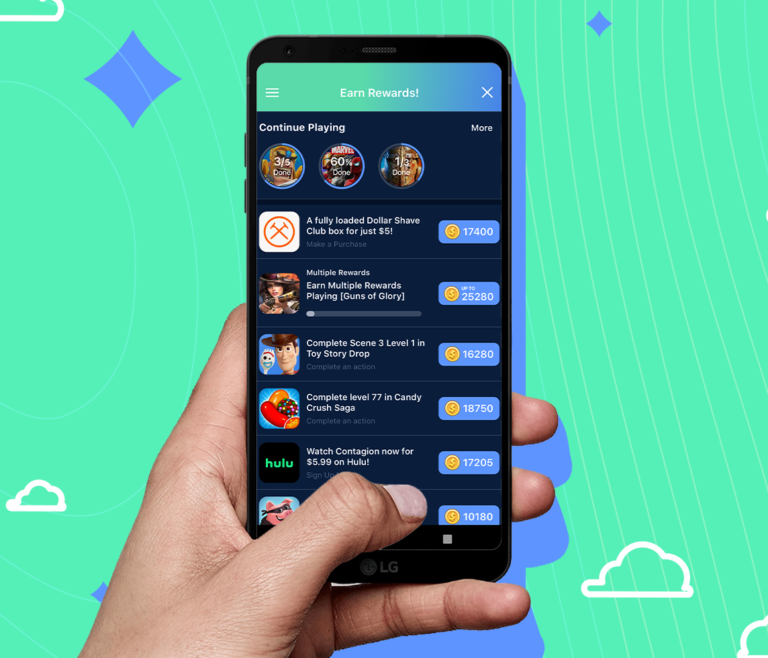 Additionally, the Guide says, publishers who employ offerwalls alongside rewarded video generate 114 percent more revenue that those who provide rewarded video alone. Rewarded videos are sponsored by brands, provide small rewards to users when video playback is completed, and can be delivered outside an offerwall.

In addition, the Guide indicates, retention of offerwall users is 2 to 3 times higher than non-users, at 7-, 14- and 30-day marks.

Tapjoy points out that the offerwall began its life as a one-for-one exchange, where a user saw an ad that led to an app install or an email signup, and it later evolved into multiple-offers in one screen.

The Guide notes the four main offer types in an offerwall. In addition to rewarded video, there’s Cost Per Action (CPA), often utilized by advertisers who are not the app publisher. They provide rewards for engaging in limited-time offers, surveys or subscription trials.

Cost Per Install (CPI) provides a reward in exchange for downloading an app, and Cost Per Engagement (CPE) rewards a user for conducting certain actions within an app. Because of limitations from Apple, iOS devices prohibit CPE and CPI offers.

The Guide is based on a six-month survey of more than 16,000 users of Tapjoy offerwalls, as well as data from the company’s network.