Photoslurp: How user-generated content (UGC) can increase online sales by 15%

CEO and cofounder of Photoslurp talks to us about how companies are using user-generated content to grow their ecommerce presence with social, visual content.

User-generated content (UGC) has grown in popularity with the proliferation of social media. It can take a number of forms — including product reviews, product ratings, Q&As, social media posts, photos, and videos.

According to UGC company Photoslurp, integrating UGC content across the shopping journey can increase online sales by 15%. 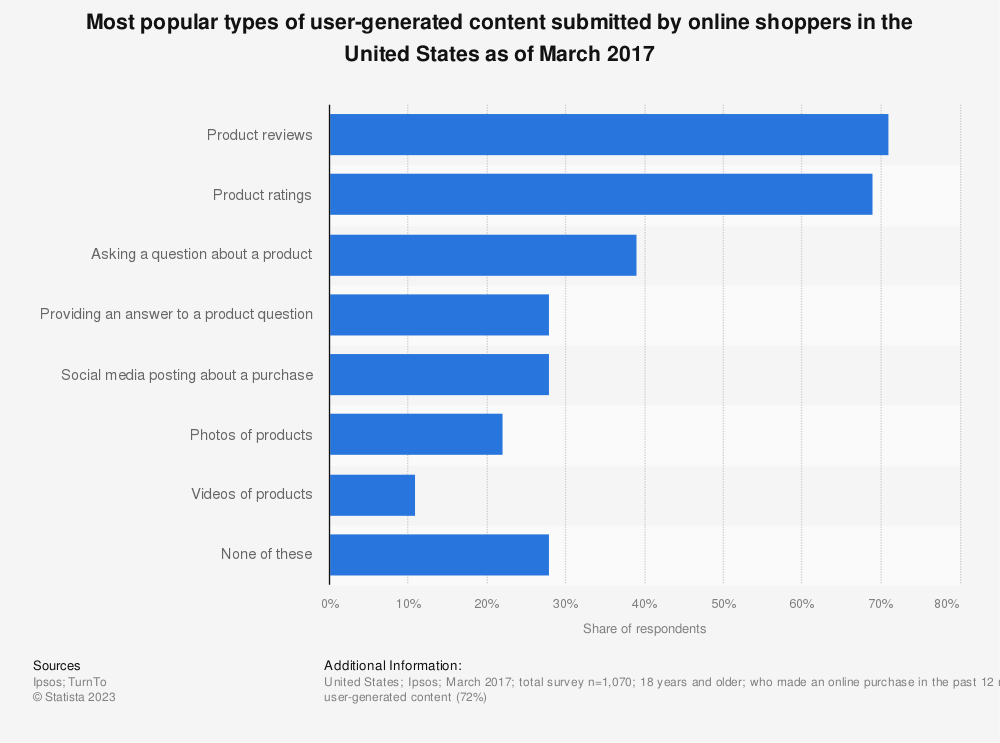 This chart from Statista shows how much online shoppers agreed or disagreed with the following impacts of user-generated content. What are examples of UGC in action on a company website?

Here’s an example of a company using UGC on a product page. With the rise of user-generated content, of course, has come the rise of platforms which facilitate it.

We sat down with Eulogi Bordas, CEO of Photoslurp, to learn more about their company and the work they do around UGC

Photoslurp focuses more on the European market (at least for now) as they are based in Barcelona.

According to Eulogi, Photoslurp enables brands to increase online sales by integrating authentic, visual, and inspiring social content into their online shopping experience.

Pictured here are Eulogi (left) along with Ben Heinkle, the company’s CTO (right). ClickZ: How / why was your company founded?

Eulogi Bordas: Photoslurp is the second iteration of a project. The initial idea was a B2C application where users could share social photos of an event within a dropbox folder.

It got some traction on Hackernews and a couple other “geeky” sites, and was able to get about 1500 users. That not enough to build a business, however, and we decided to shut it down.

We sent an email to users that we were shutting down, for them to download anything they wanted to keep. One of those users actually replied back and said “I’m going to launch company in the Netherlands using a similar concept.”

That person saw the trend in the US of influencers, and thought a similar thing would happen in Europe.

Instead of focusing on events, it would focus on brand hashtags. It would allow images to be natively integrated in ecommerce.

Ben (the company’s cofounder and CTO) developed that reiteration over the course of eight months in 2014. He then went back to that user [who had suggested the change]. That person said “yes, this is exactly what I’m looking for.”

He agreed to pay Ben for one year of using the technology. Within two months, he brought on two new customers. With those three clients, Ben thought he could make a business out of it.

Ben is a computer scientist, so he wanted to search for a cofounder to handle the business aspects. He went to Cofounderslab.com, which is like tinder for founders. It pairs tech people and business people. Ben is originally half German and half Indian. We met in Barcelona, and in January 2015 I officially joined the company.

Prior to that, I was working as a management consultant for about six years. I was then the GM of a software company for nearly three years.

CZ: In plain English, explain what your company does (as you would to someone not immersed in the space).

Collected content is gathered into an online management platform where brands can easily moderate the content, ask media rights, and link it to multiple products.

Once the content is linked, Photoslurp automatically pushes the content to the home page, social galleries, product pages, and category pages.

CZ: Before and after: Briefly describe what impact your technology or solution would have if a company were to implement it tomorrow.

EB: The direct impact would be that a company would have more inspiring and engaging content on their ecommerce site that would drive more clicks and ultimately more sales.

CZ: Any new products or features in the pipeline? Exciting news you want to share?

EB: We have some cool stuff going on around automations, artificial intelligence, and deeper analytics.

We’re working on creating more automation on the part of content management — predictive analytics on what content will perform best, and to provide brands a good way to understand what’s going on. Better ways for brands to use content across the full customer journey.

Take the case of a company like Zara, for example. What they sell in Russia in March is not the same as what they sell in Spain in March. We want to help brands showcase which content will better resonate with which audience across regions, promotions, etc. We’ll likely have that ready to offer by the end of Q3.

CZ: Do you plan to stay specific to Europe, or any plans to come to the US?

EB: Right now about 20% of our customer base is in the US. But for now, we’re super focused on Europe. The US is a more competitive market, and Europe is native for us.

How Humanscale pivoted from in-office to the WFH furniture market

View article
How technology is streamlining processes in finance and insurance

Analytics How technology is streamlining processes in finance and insurance

How technology is streamlining processes in financ...

From CRMs, and messaging platforms to online courses, here's how traditional providers in insurance and mortgages are using technology more effectivel...

View article
How to create a seamless interactive voice experience

Disruptive MarTech How to create a seamless interactive voice experience

How to create a seamless interactive voice experie...