The companies converging on the lucrative mobile video market. Plus top tips, examples, the need for new brand strategies, and the huge impact on mobile data.

How do we know? Look at the keynote speakers: the top dogs from Turner, Vice, Netflix and Discovery were all in town.

On other stages numerous TV networks, media and social media companies, as well as the biggest brands, e.g. Shell, Red Bull and Lufthansa, were talking up mobile video.

Why are these media bosses doing keynotes in Barcelona? Partly they are looking for new distribution networks for their own video content, such as Netflix. But mostly they are wooing brands to the lucrative branded/sponsored video market.

If video is the new mobile (Facebook CEO Zuckerberg told shareholders in February 2017 that the company was going “video-first” because “video is a megatrend on the same order as mobile”), then mobile video is the giant honeypot.

And publishers, broadcasters, social media, content creators and creative/digital agencies are swarming all over it.

With good reason. It seems brands are readily switching their ad spend from traditional ads to native content i.e. videos, articles etc. that are paid for by an advertiser, but mimic unpaid content.

Analysts believe this trend will continue. Business Insider Intelligence (June 2016) forecasts that native ads will increase its share of US digital ad revenues from 56% in 2016 to 74% in 2021. Clearly there is more to native content than video, but BI expects video ads, particularly on social platforms, to be “one of the main drivers of growth”. 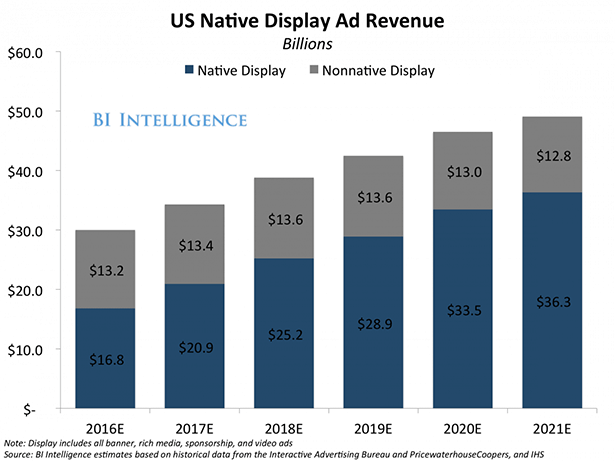 Made for mobile or not?

One of the most unexpected utterances from the MWC keynote stage, was the admission from CEO Reed Hastings that Netflix does not design its video for the mobile platform. However, Hastings did say he had watched the entire series of The Crown on a mobile device.

But this is not the norm.

Organizations that are focusing on shorter-form video, whether publishers, like CNN, or brands, such us Shell and Lufthansa are not just focusing on mobile first, but even creating content tailored, if not bespoke for particular platforms.

“We design everything mobile first. We do not allow anyone to produce content for us that is not mobile.”

The highlight of Shell’s multi-platform #makethefuture campaign is a music video entitled ‘Best Day of My Life’ that showcases six artists and six alternative energy ideas from young innovators, which has racked up 48 million views on YouTube in five months.

If branded content can achieve stats like that, it’s no wonder brands are falling in love with video.

Should mobile video be short and sweet?

The length and style of video content should be determined less by the message, and more by the consumer – i.e. who they are, what interests them, and how they consume content. Focus less on the technology, more on “humanity”, advises Rob Newlan, EMEA regional director, Facebook’s Creative Shop:

“Think about how and when people are going to consume it:

To demonstrate this, Gall showed the attendees of the IAB conference at MWC a video of surfer Jamie O’Brien switching boards while riding a monster wave. Superimposed over the top of the video are all the stats and facts that fans might require.

Rather than commissioning a single one-off piece of video, brands should be more iterative, fluid and adaptive to consumer reaction to the campaign. This requires brands and agencies rethink how they plan and produce video, believes Facebook’s Newlan:

“Brands need to allow agencies to be brave, to allow them to spend the production budgets at a different point in the process, to spend it after the work has gone live, rather than before.

“Agencies need to get back to what they do best. They have always built fantastic impactful work when they have based it on great human insight. But they have been focusing too much on digital for digital’s sake. Great work is based on human truths and powerful ideas, then think about execution and the relevant way to produce the work.”

Work shouldn’t be creative for creativity’s sake; it needs to deliver ROI for clients:

“It also needs to deliver against business goals. We need to get back to the idea that advertising is stuff that sells and think about the creative arts in that way.”

One company that has found an interesting way to mix creativity, digital and advertising is the German airline, Lufthansa.

Lufthansa was one of the first airlines to experiment with 360 video. It produces videos about destinations, often also incorporating 360 shots of the interior of the planes. These are best viewed with virtual reality googles, but can equally be viewed with a mobile device or PC.

Some of these videos have been really successful, including the football-themed 360 video below, which attracted over a million pageviews.

Impact of video of mobile data

This makes the impact of oversized images and JavaScript on mobile web/app performance look featherweight.

Video is all well and good on a decent smartphone on a WIFI connection or 4G network, with no data cap. But the performance of even very short videos can be poor or non-existent on slower mobile connections or older smartphones, and most people have restricted data packages.

This means video will always be a matter of balancing of video quality, performance and download size and speed for each device and network connection.

No one understands this better than companies that come to video from a mobile content background, such as India’s Hungama, the king of mobile Bollywood content. Neeraj Roy, CEO of Hungama, tells ClickZ:

“We started with ringtones a decade ago, and have seen the mobile business grow into a rich music, TV, Film service. Over the last three years it has exploded with the driver being video. We have 67 million active users, but still 85% of consumption is still happening across mobile devices.”

So how does Hungama cater to the divergent handsets and connection among its mobile users?

In his keynote Netflix’ Hastings acknowledged the problem of mobile video data. Operators were considering reducing limits on video data consumption, but for video of a reduced quality, he reported.

Hastings believes video streaming at 500 kilobits per second delivers excellent quality on mobile, but in some places Netflix could deliver at 300kbs.

The Shell interview took place at MMS conference at MWC; Facebook and Lufthansa interviews at IAB; and Hungama interview at MMIX. Stay tuned for in-depth MWC interviews with Shell, Lufthansa and others.

How the future of advertising is in servicing the 'moment'

E-commerce in Southeast Asia is set to overtake the U.S. in the next five years, according to a panel of experts at ClickZ Live Bangkok. Read More...